SOTA chasing at 4am – EU via the short path

Happened to be awake at 4am one morning last week. Ran up SOTAwatch and saw some spots so switched on the radio. On 20m G4GIY was cutting through the noise. Robin was on Normanby Top G/TW-005, a summit I’d worked many times before on SSB and CW. There didn’t seem to be many chasing so I called him and received a 539 report. I gave him 319 and was just happy to get a response after sending my callsign a few times.

Later that day Robin contacted me to let me know his working conditions. He was using an Elecraft KX1 into a 20m ground plane with 4 radials. Output power was 3W. I was using a conventional 100W rig into a dipole. He sent me this photo of his setup. Thanks, Robin! 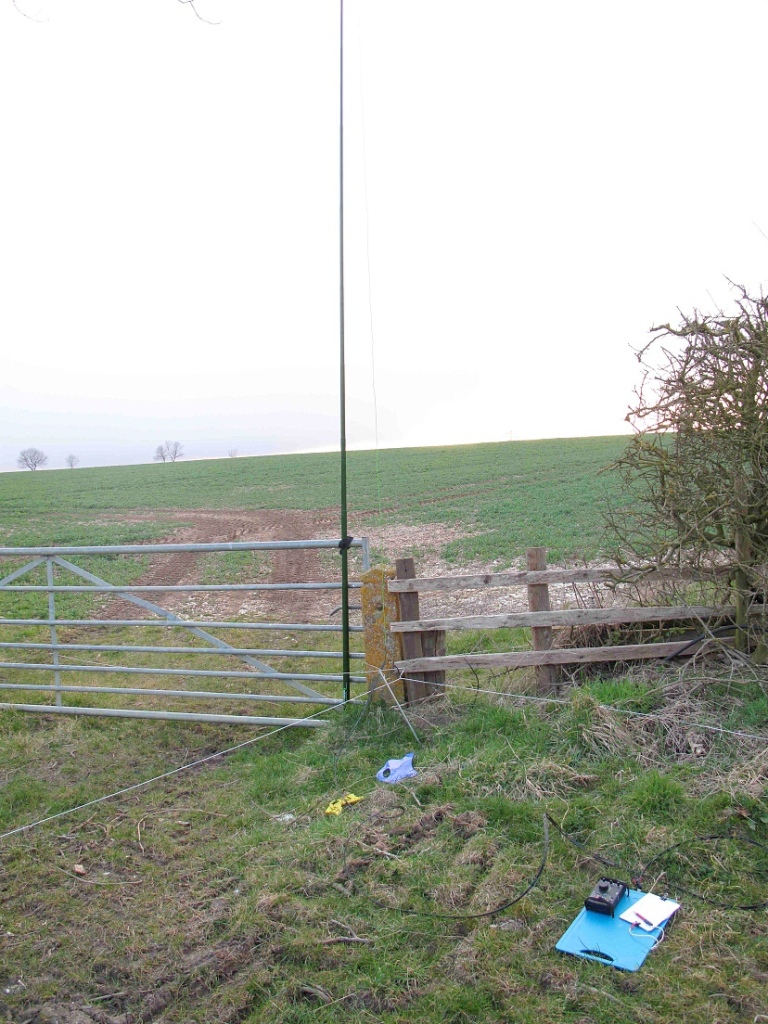 I downloaded my whole SOTA log from the SOTA database and sorted it by association and date. Just as I suspected – every EU entry worked from VK was via the long path. That meant this new EU contact was my first and only contact via the short path! No surprises there, but it was interesting to follow up on the propagation forecast using VOACAP. For the short path from Sydney to Birmingham which is roughly in the centre of England, the forecast propagation conditions are: 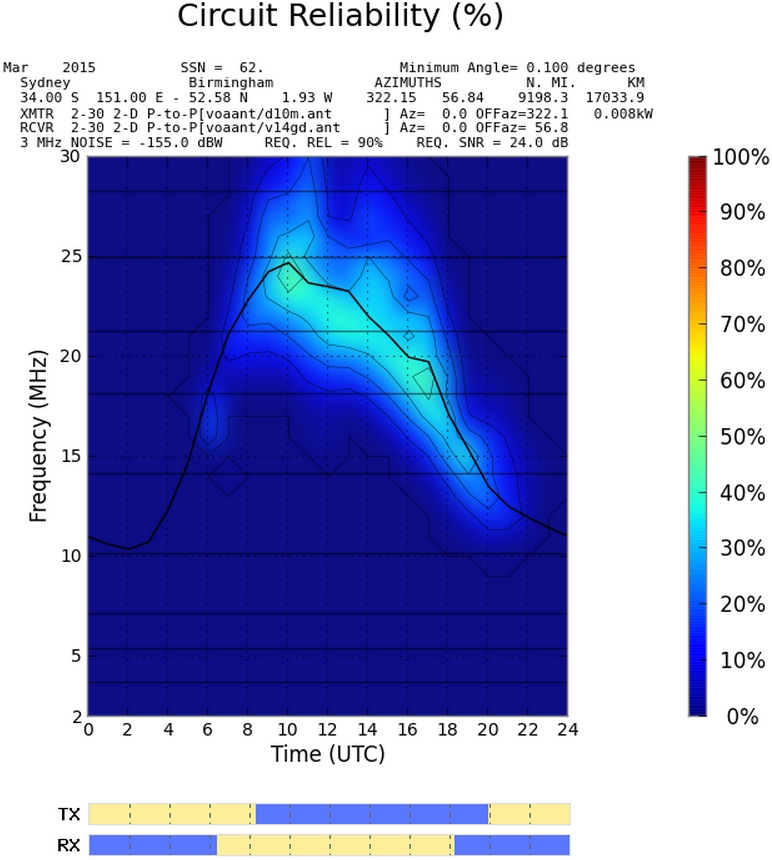 The RSGB also has a propagation predictor which is focused purely on contacts from UK to various places around the world. The following table for April 2015 covers contacts with VK and ZL over the short and long path (LP). The colours represent expected signal strength, i.e. Black = low to very low signals, Blue = fair signals and Red = strong signals.

The fourth row is the one of interest as it is directly comparable with the VOACAP graph. For contacts via the short path with Sydney on 20m, it shows a range of 1400z-2000z, a somewhat longer interval than the VOACAP prediction. Interestingly, RSGB shows no propagation on 17m or 15m, but 30m shows good propagation from 1600z-2000z which is a completely different prediction to VOACAP. There is clearly a lot we don’t know about HF propagation for the models to be so different, and discovering that empirically is half the fun of amateur radio!

So, for the VK SOTA fanatics the takeaway message is: get up at 4am during summertime or 3am in regular time to bag those Europeans. I doubt I’ll be joining you so Good Luck! 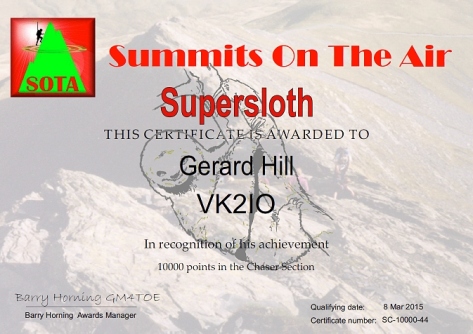 While activating Mt Tomah on 8/3/2015, a summit-to-summit radio contact with David VK3MAY on Mt Lonarch VK3/VS-013 took my chaser score past 10000 points. It makes me the fourth VK to reach Supersloth status and the first outside VK3. It took 1941 contacts over 480 days or just under 1 year and 4 months to reach this milestone. Curiously, it took exactly the same number of days to go from 5000 to 10000 points as it did to achieve the first 5000 points. The graph below shows the rate at which chaser points accumulated. The rate is pretty steady at just under 21 pts/day.

What has improved is my ratio of chaser to activator points. At 5000 chaser points my ratio was over 100:1 but now with more focus on activating, the ratio is down to 34 – a lot more respectable!

Thank you to all the activators for making this award possible. I’m still having fun chasing summits and looking forward to the next 10000. Did someone mention SOTA is addictive?